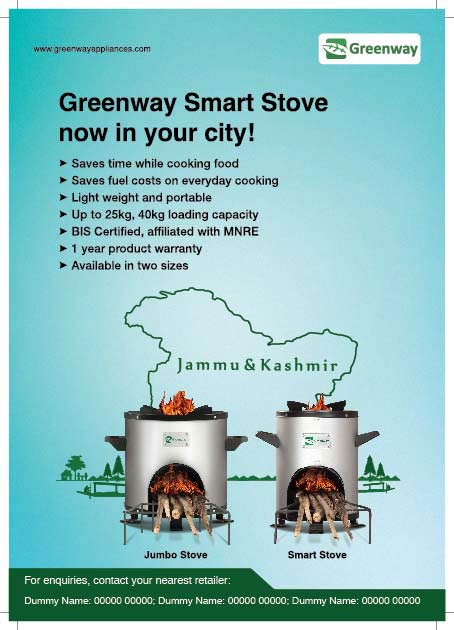 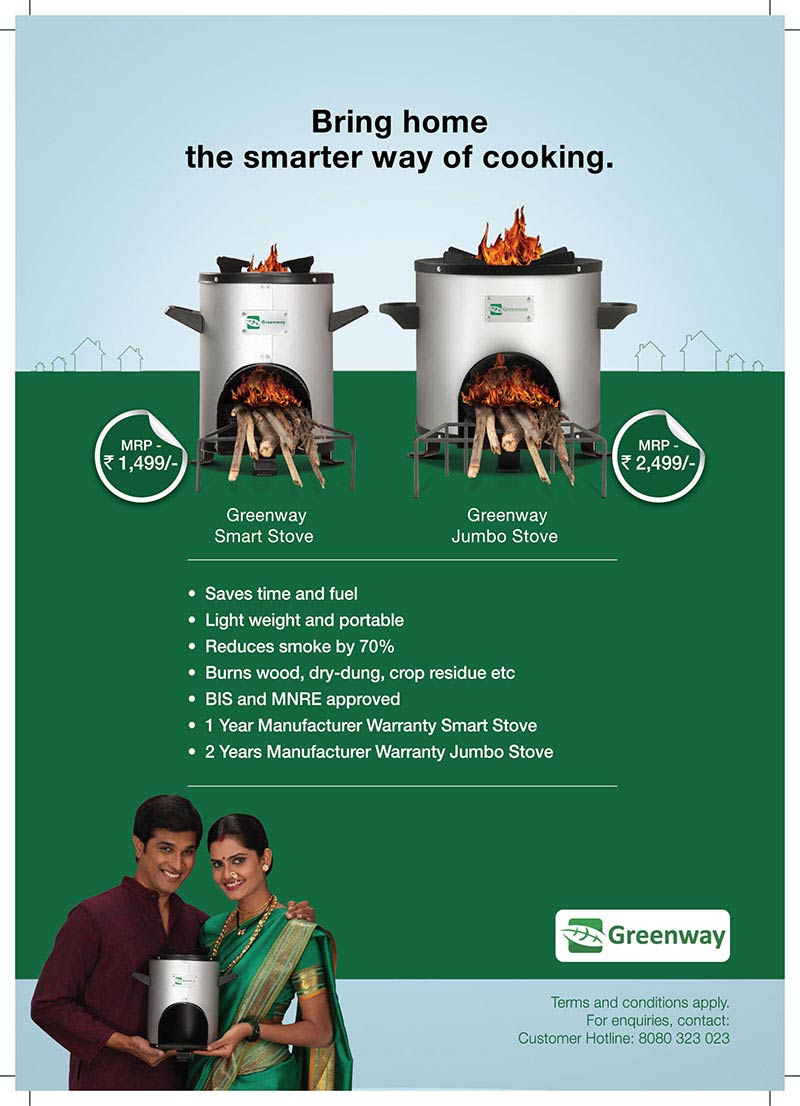 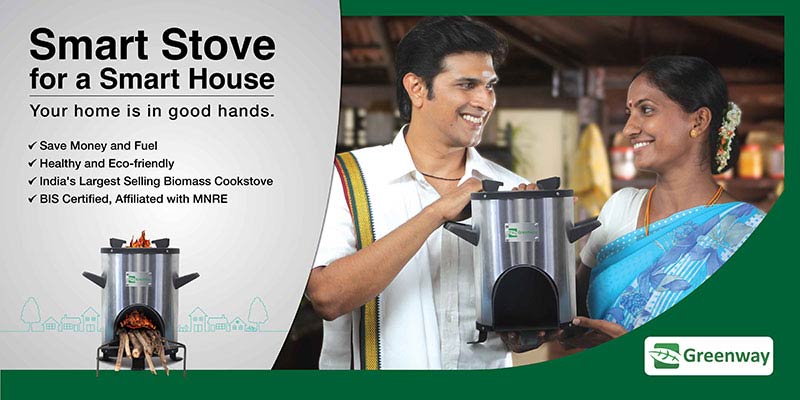 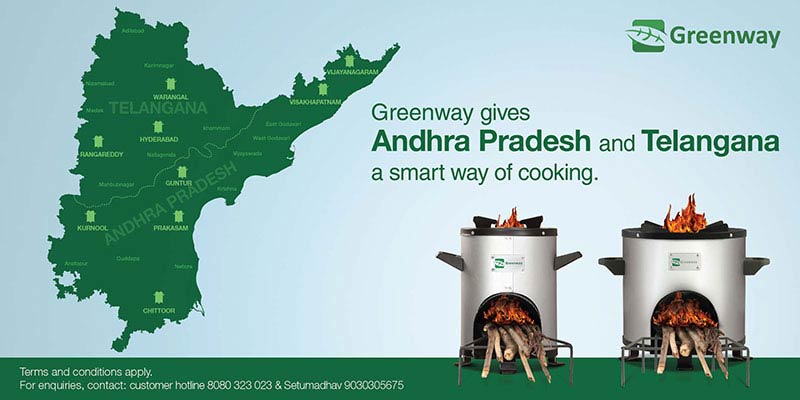 A product range that is clearly aimed to fill a need – the lack of energy infrastructure in rural communities. But they also appeal to consumers’ desires & aspirations – they are a convenient and modern alternative to traditional cook stoves. A lack of access to modern fuels forces rural consumers to rely on burning solid biomass (mostly wood & cow dung) in traditional mud cook stoves that emit dangerous & uncomfortable smoke. Greenways’ products provide a fuel efficient, smoke-reducing, affordable alternative.

Greenway Appliances is a for-profit product design & distribution company founded in early 2011, it aims to be the choice in home energy appliances for rural consumers.

Collateral started work with a small flyer, which was to be translated in rural language. From day one we have believed that the product as huge potential and the market is yet untapped. Using the existing assets Collateral has attempted at creating a template or a look for the brand to generate recall. Moving on an all new TVC and a product demo Audio Visual has been shot and is ready to be aired in Tamil, Kannada and Telugu. With an even more exciting product range in the offing, Collateral is geared to deliver and create a story that will touch the lives of people who need the smart alternative to the traditionally mud stoves.