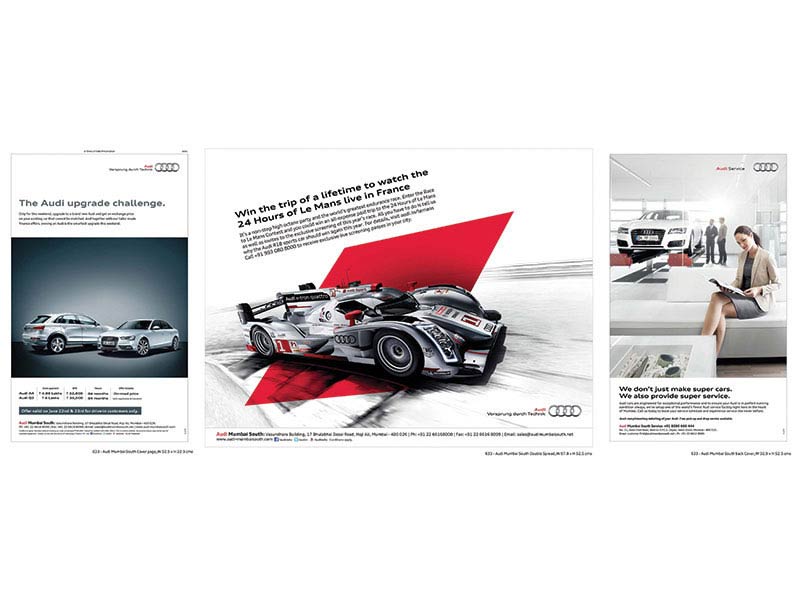 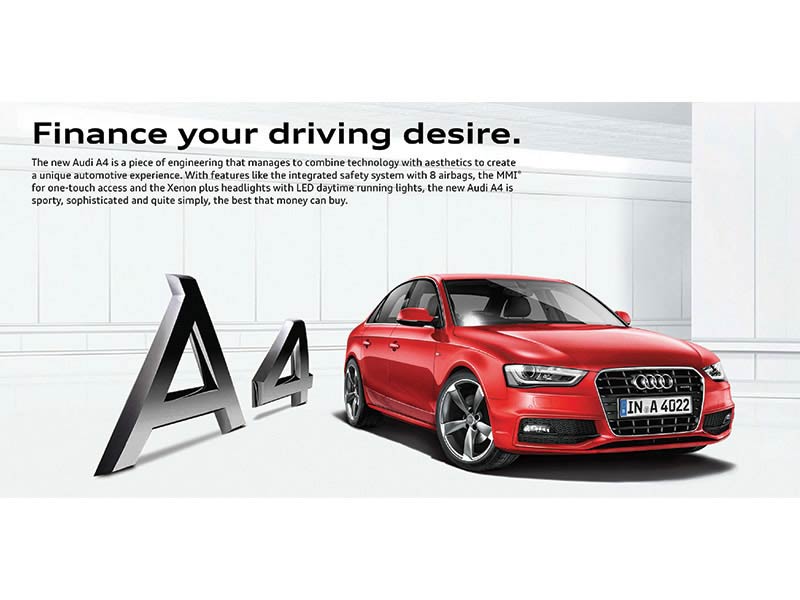 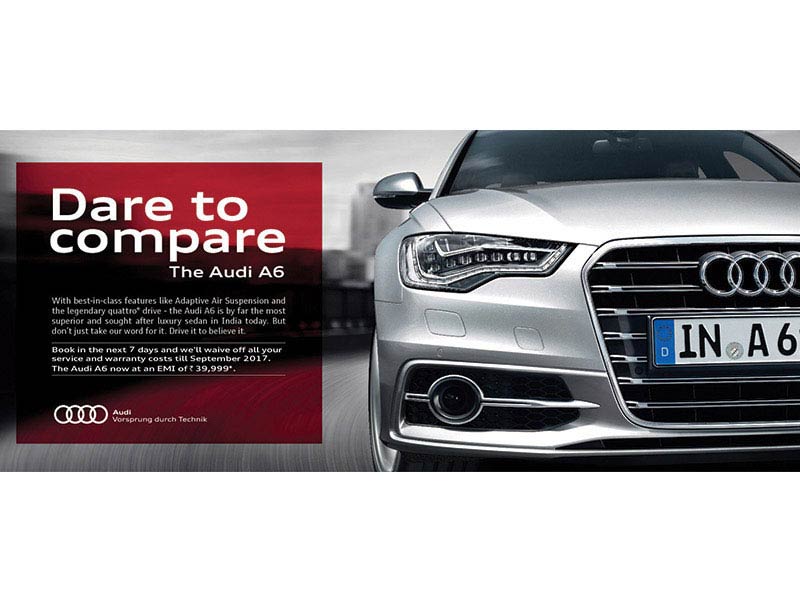 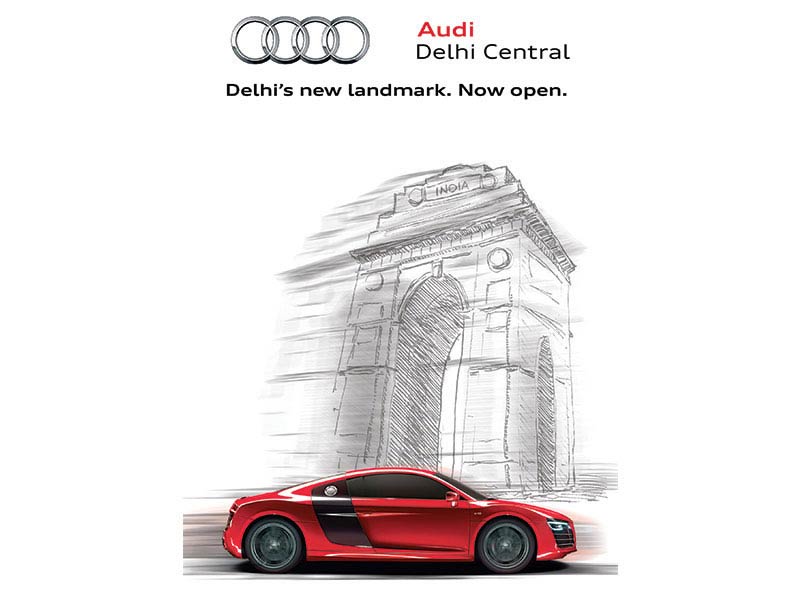 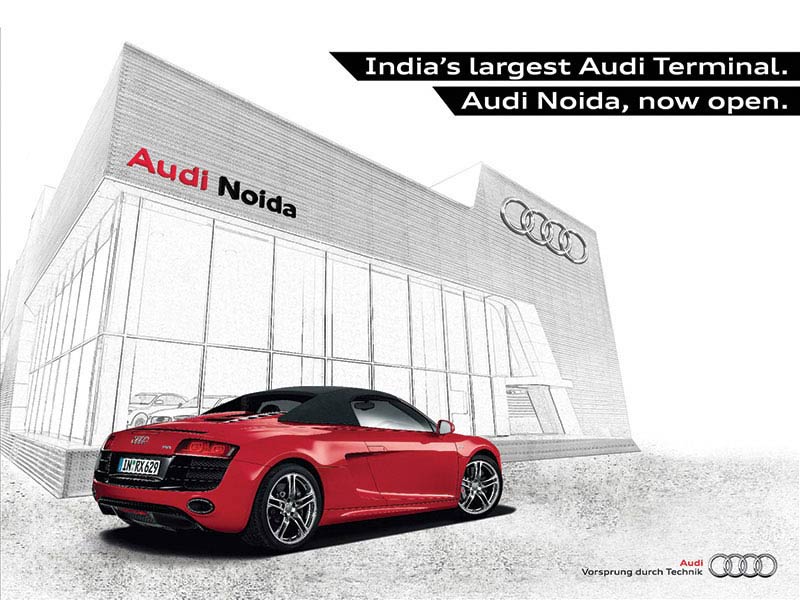 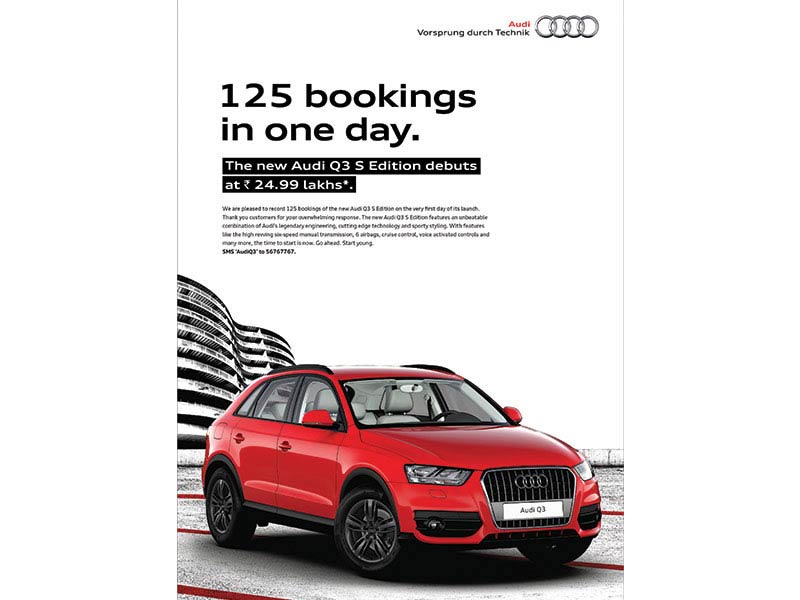 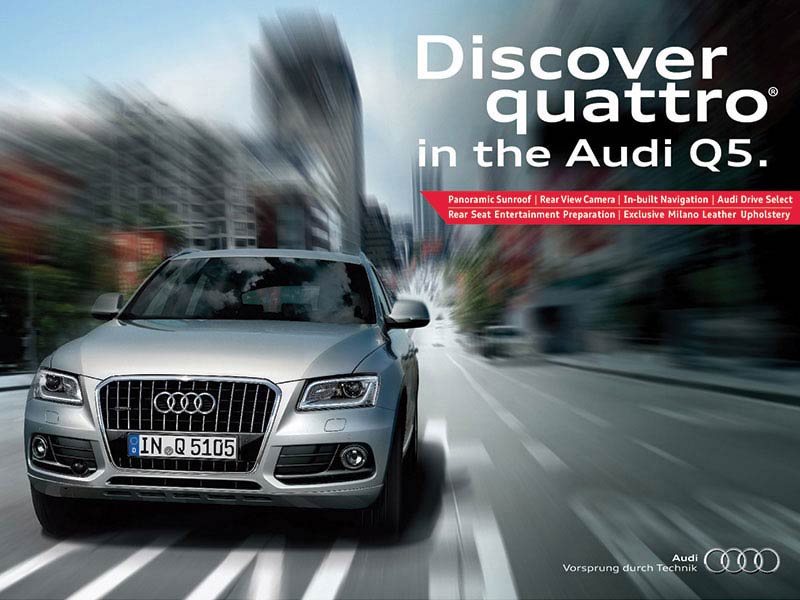 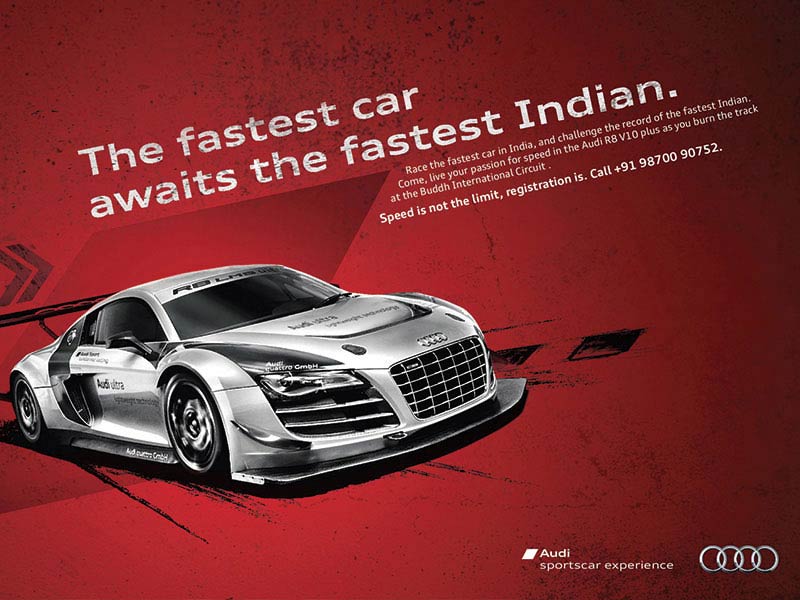 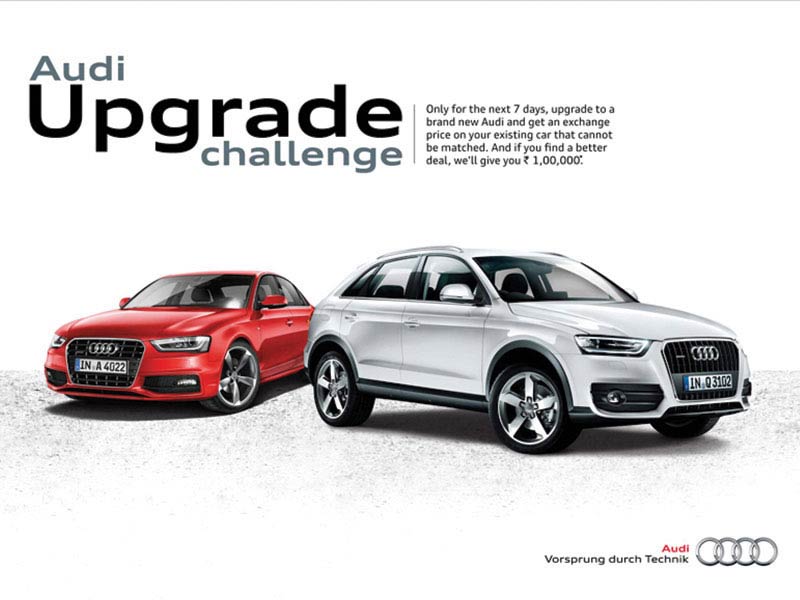 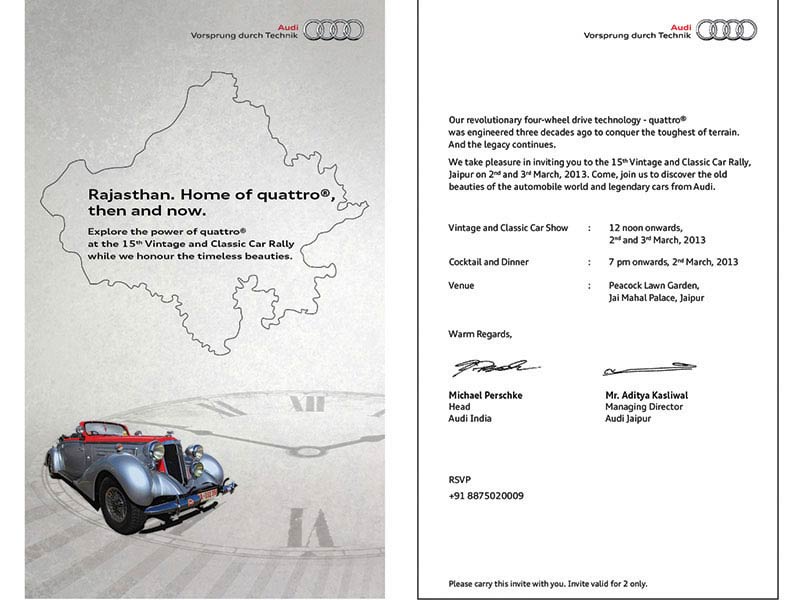 After handling the Dealer Support Center for its group company Volkswagen, Audi India wanted to set up a similar support center for the increasing base of dealers in India. Collateral seemed the obvious choice. Having implemented the proprietary Online Advertising tool, replicating the same for Audi was not too difficult.

Initially, most of our work involved the CI guidelines, as we interacted with the dealers, shared the do’s and don’ts and understood their requirements. A month later we started creating fresh layouts for the dealers post approvals from the Audi India HO.

Along the way Audi became the No. 1 brand in the luxury car segment in India. The task then was of maintaining the leadership position. This posed an interesting challenge and the brand team worked closely with the Collateral team to create some new pieces of communication which we call stories, that were released nationally.
The Collateral signature ‘Pin’ as the key number was being seen with each story, on a regular basis.

Going tactical for a luxury car brand like Audi, was first-of-a-kind. Our experience with Volkswagen came in handy, and we delivered at every step.

Today, we work closely with more than 26 Audi dealers as we bring more smiles to dealers and add more miles to our journey together.